In September 2008 the then Transport Minister, Rosie Winterton, announced a review of traffic signs, billing it as “the biggest review of British road signs for 40 years”. The review promised to consider all aspects of road signing, including safety, efficiency, cost, the environment and the “street clutter” caused by unnecessarily large and complex signs.

The resulting draft “Action Plan”, published in May 2009 by the Department for Transport, failed to deal with the following key issues:

In response, UKMA produced its own proposals for addressing these problems. These were summarised in its leaflet “Traffic Signs 2.0”, which was released in June 2009.

The proposed new signs, which use exclusively metric units, remove the need to be familiar with two systems of measurement, are clearer and simpler than current cluttered signs, and would reduce the number of language-specific signs on our roads. 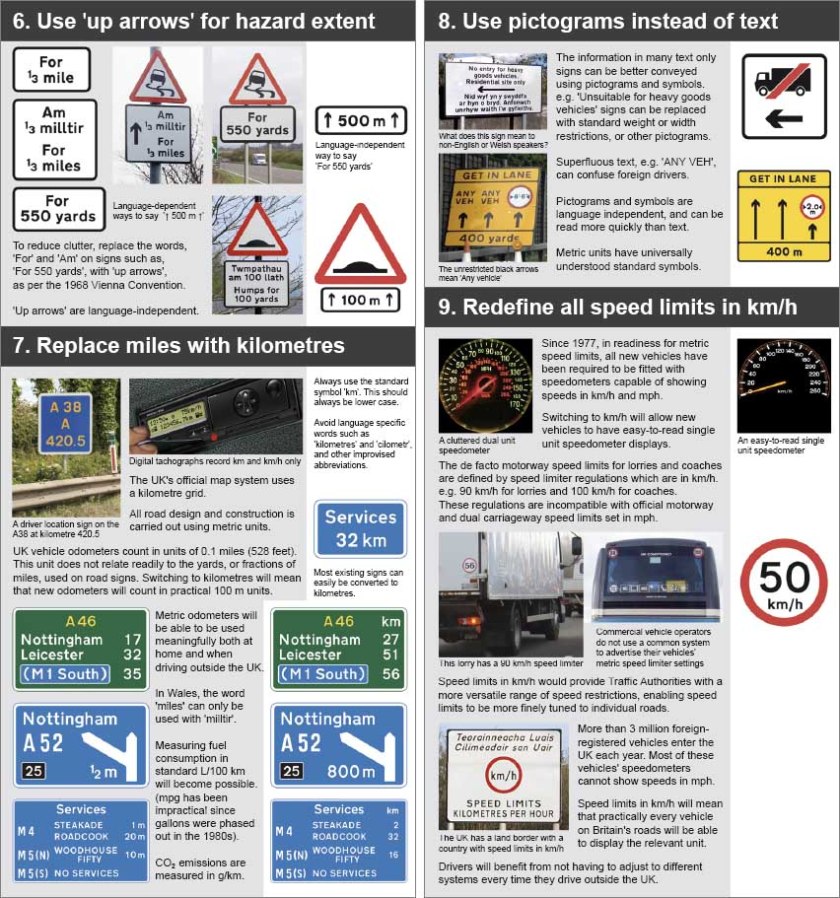 Copies of the leaflet can be obtained by contacting UKMA’s secretary.

A printable version can also be downloaded from the link below.

In 2011, UKMA’s recommendation to use the correct symbol for tonne “t” on all weight restriction signs was adopted. However, the “t” symbol continues to be shown incorrectly on road signs as a superscript, rather than on the line.