Why metric is better for the NHS 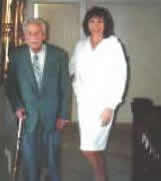 I began nursing training in 1977, qualifying as an SEN (State Enrolled Nurse) with experience in psychiatry, paediatrics, geriatric and general nursing care. I also had the good fortune to have been educated in Australia, which, like all other Commonwealth nations, changed to full metric usage in the 1970s.

Unlike the haphazard and confusing way in which this transition was handled in the UK, Australia introduced rapid public information about the change and why it was for the benefit of the nation to have one, easy-to-use system, in much the same way as it changed from £/s/d currency to dollars and cents. (The change to decimal currency was properly done in the UK too and for the same reason!)

Like other young people in Australia (and indeed young people over the past three decades in the UK) I learned to cook, build school projects, run races, gauge temperatures etc, all using a standard system based on 10s, 100s and 1 000s with any memory of the cumbersome complexities of the confusing old system soon forgotten.

On my return to the UK I worked for the NHS. Our NHS has been extremely progressive in its move to total reference to metric units in health records for our patients. Heights and weights are recorded in metres and kilograms respectively, with the appropriate tape measure and scales in hospitals and doctors’ surgeries right across the country. Many of you will be pleased to know that our Body Mass Indices are calculated by using weight in kilograms and height in metres.

Modern health records just cannot be done in the old measures! In our modern age, doctors and nurses need to be “speaking the same language” for the sake of the patient’s safety. For example, pharmacological dosages are always in metric (usually in milligrams or micrograms) and hence relate easily to body weights in kg. Sadly, in my profession, I had learnt of the death of a child through a health care professional using metric and a social worker incorrectly recording details in imperial.

Many operations and procedures are carried out today by satellite link and telephone with specialists in other countries. It is imperative that everyone knows instantly the correct information as lives would easily be lost if dealing with quantities which needed to be “translated” into other units. Imagine a surgeon in the UK speaking of “inches” of an incision to a specialist in Japan who only knows centimetres, or taking a sudden decision of how much medication to prescribe against a person’s body weight if the weight quoted was not understood at all. Drug dosages that depend on body weight are always specified with respect to kilograms e.g. in μg (micrograms) per kg.

Despite what is reported in newspapers, newborn babies are weighed in kilograms, with each gram of weight gain and loss meticulously recorded in antenatal clinics across the UK. Young mothers are metric-educated themselves (no one of childbearing age at this time in UK history can “only understand” imperial!) Our babies are fed with quantities recorded in millilitres and grams, with their weight gains and losses appropriately measured in grams too. All nurses are metric-educated here or come from metric-using countries. Of course body temperatures are all recorded in degrees Celsius for safety and clear understanding.